BGC Cochrane and Area (formerly Boys and Girls Club of Cochrane and Area, and Cochrane Youth Association) has been serving young people and their families in Cochrane and the surrounding area since 1992. Sparked by a group of concerned citizens, including parents and human service workers with a common vision of expanding opportunities for young people in the community. In September 1992 a 12 person Board of Directors formed and charitable registration was obtained.

Four years later, in 1995, the Cochrane Youth Association (CYA) applied to become a member of both the Provincial and National Boys and Girls Club. The mandate for membership was to confirm a need within the community. The CYA undertook this needs assessment by interviewing members of the public and community service agencies that had some direct contact with youth between the ages of 10 and 16. The Youth Association also conducted interviews with a broad section of youth and members of the business community. It was established that there was a significant need in our community and the Cochrane Youth Association was confirmed as the Boys and Girls Club of Cochrane and Area (BGCCA) in 1997.

To stay current with the needs of the community, the Boys and Girls Club of Cochrane and Area undertook another needs assessment in 2006 to look at the viability of a Family Day Home Agency in Cochrane. With the help of a grant from the Boys and Girls Clubs of Canada Foundation, the support of Region 3-Calgary and Area Child and Family Services Authority and Cochrane FCSS it was confirmed that a Family Day Home Agency would be a significant asset to the community. In early 2007 Play Days Family Day Home Agency was started as a program and in February of the same year the first two contracted day homes opened. Play Days has grown to serve over 100 children daily and support 25 active providers in Cochrane and Area.

With continued growth and increasing demand, Cochrane FCSS and the BGCCA worked closely together to setup the Glenbow Club portable for Kindergarten Out of School Care. Through support of FCSS and a number of other partners, the portable site became operational in January 2011 and continues to serve 40 children daily.

BGC Cochrane and Area is proud to celebrate 25 years of service in Cochrane and Area! We serve 75 children daily in Out of School Care, 160 children through 42 Play Days Dayhomes and run after schools programs everyday for youth ages 10-17! We are always updating our programs to keep youth interested and engaged. It's time for you to join us! 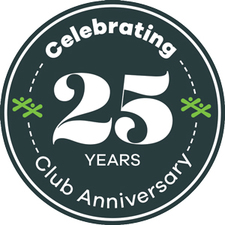